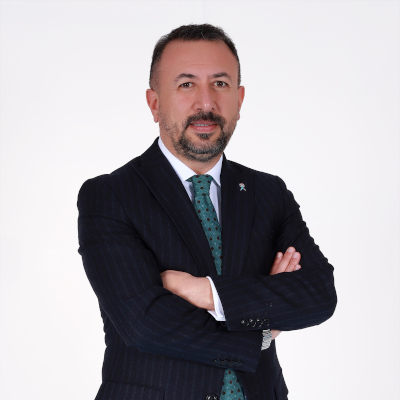 He studied Engineering, Department of Machinery. He has a master’s degree with an MBA thesis from the Faculty of Business Administration of Bahçeşehir University.

He started to work at the PTT in 1993 at the Elazig Provincial Directorate. Between 2002-2016, he worked in different managerial positions at Türk Telekom; He represented his institution in many National and International projects. In July 2016, he was appointed as the Deputy General Manager of Human Resources at the Central Bank of the Republic of Türkiye (CBRT) then in March 2018, he served as the Corporate Transformation General Manager of the Central Bank of the Republic of Turkey. He managed many digital and corporate innovation works of the bank.

In October 2020, while he was fulfiling its duties of telecommunication and technologies under the Presidency of Defense Industries, he managed its functions as the Deputy General Manager of Marketing and Corporate Governance at ULAK Communications Inc., and was responsible for Human Resources, Administrative, and Financial Affairs, Project Management Office, Corporate Communications and Marketing and Sales.

He was appointed as the General Manager of ULAK Communications on March 15, 2021, and still continues his duty.

He is married and has 2 children.